History of the monument

The Château d'Azay-le-Rideau was built on an island in the Indre River during the reign of Francis I. A subtle blend of French tradition and innovative Italian decor, it is an icon of the new art of building in the Loire Valley in the 16th century.

The Château d'Azay is considered one of the foremost examples of French Renaissance architecture.

While both wings were built in the early years of the 16th century, the château took on its final shape in the 19th century. In this respect, Azay-le-Rideau can be enjoyed as both a jewel of the Renaissance and as a representative example of the 19th century 's taste for Renaissance art.

In around 1510, Gilles Berthelot, adviser to King Louis XII and Treasurer of France, purchased the mediaeval fortress of Azay and the surrounding land. This seigneurial possession strengthened his new social position: son of an officer of the Chambers of Accounts, Gilles Berthelot became a nobleman on inheriting his father's responsibilities. He distinguished himself in the service of the king of France by creating new taxes, which resulted in filling the coffers of the kingdom.

Shortly after purchasing the land in Azay, Berthelot pulled down part of the old fortress to build a château in the style of the day. The work took a remarkably short amount of time: by 1522 the structure was completed.

Portrait of Francis I exhibited at the Château d'Azay

However, Gilles Berthelot had little time to enjoy his home. As with other financiers, his activities made him very rich, possibly at the expense of the crown. A general investigation ordered by Francis I revealed embezzlement. One of the financiers, Jacques de Beaune of Semblaçay, was executed. Gilles Berthelot, who feared the same fate, fled, abandoning his wife and his château. He died two years later in Cambrai. 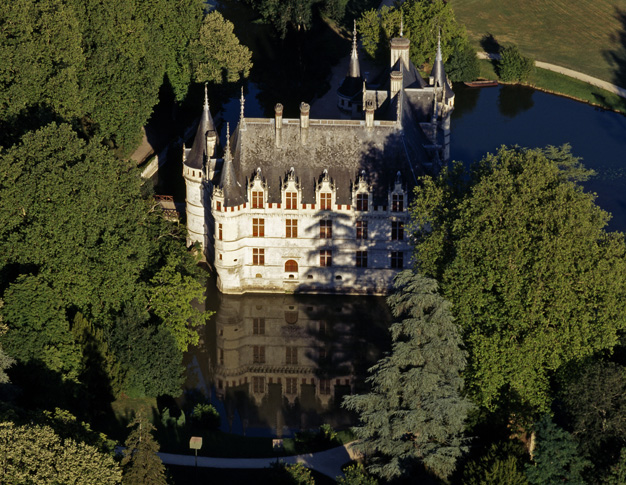 After the restoration of the park in 2014, the Château d'Azay-le-Rideau has undergone much restoration work to its façades sculptures and roofing.

This work has enabled restoring all its splendour to this remarkable monument of the Loire Valley.

Major restoration work was was carried out on the park in 2014. The work focused on the renewal and maintenance of its arboreal heritage in the spirit of a 19th century landscaped park:  soil regeneration, restoration of alleys and bridges, upgrading of electrical equipment to standards and new lighting of the park, restoration of masonry works and implementation of an irrigation network supplied by river water.

Refurnishing of the Biencourt Salon

The Centre des monuments nationaux chose to restore the ground floor of the Château d'Azay-le-Rideau to all the luxury and comfort of its previous owners, the Biencourt family, who, between 1791 and 1899, paid utmost attention to the furniture and furnishings of the château.

Restoration work has completed the reconstruction of the Château of Azay as it was the 19th century when it was admired by travellers and, in particular, by Prosper Mérimée and Honoré de Balzac. 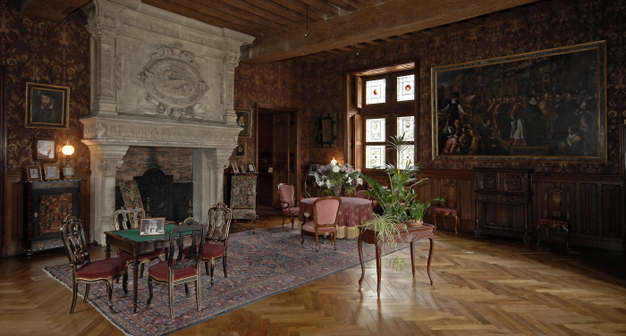 The Biencourt Salon before refurnishing 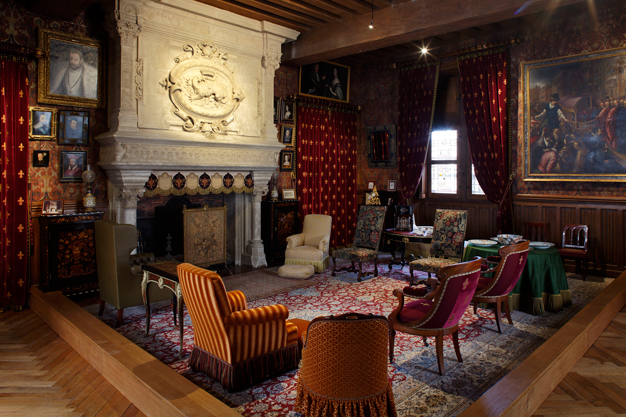 The Biencourt Salon after refurnishing

Restoration of the roofing and façades

The restoration project, lasting a total of 34 months, was focused on the roof structures, the overall roofing, the upper parts of the masonry, sculptures and woodwork.

Because of the amount of necessary working site installations and scaffolding, the restoration of façades and roofing has been schedules at the same time. Installation of the scaffolding, part of which is in water, was a complex issue. The umbrella covering the entire site enables the carpenters, roofers and stonemasons to work safely and provided perfect protection of the roof spaces and floors during the procedure. 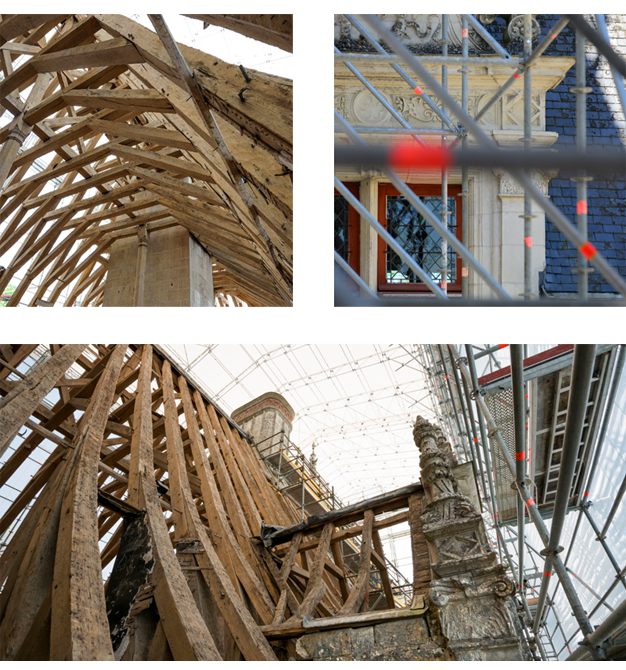 Since july 2017, come to discover or re-discover the Rebirth of Château of Azay-le-Rideau !

A new tour is waiting  for you !

> Discover the Rebirth of Château of Azay-le-Rideau with #AzayRenaissance on Twitter !

> Discover the details of the restoration on the dedicated page

> Prepare for your visit