The view from the water mirror is certainly the best known of the Château d'Azay. Honoré de Balzac said it was like "a faceted diamond set in the Indre".

From this point of view, the château reveals the shape desired by Gilles Berthelot: both a modern mansion with its large bay windows and tall dormers, and imposing with its machicolations, reminiscent of the rampart walks of mediaeval fortresses. However, the château owes its beautiful stylistic unity to the work of the Biencourt, who in the nineteenth century, completed the wing by adding a corbelled tower. 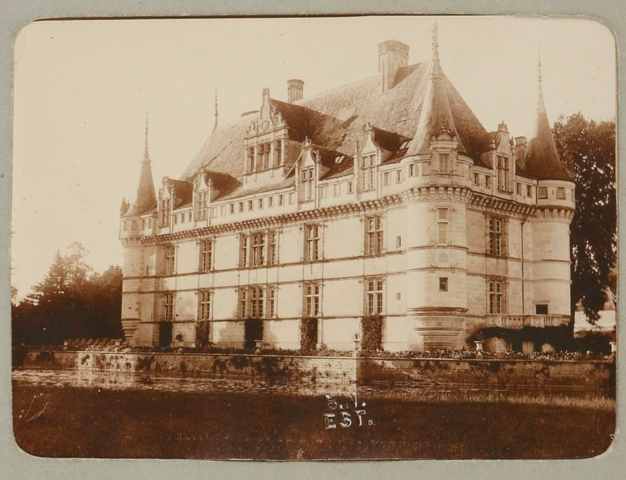 This corbelled corner tower dates from 1856. Previously, the Biencourt had built a "troubadour" turret here, with a Gothic silhouette, and a small Chinese pavilion, reflecting the fashion of the time. This new turret unifies the appearance of the château, which by the work done in the 19th-century became the perfect example of Renaissance architecture. 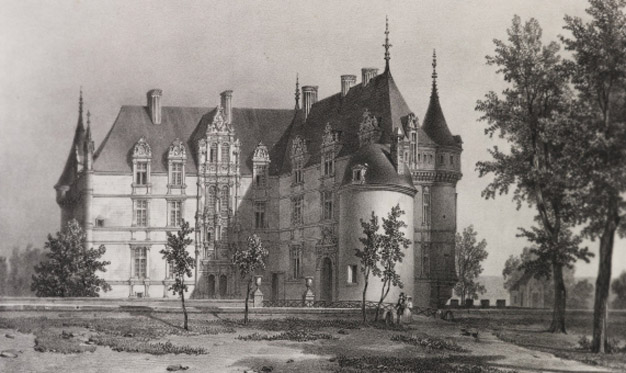 Château d'Azay-le-Rideau around the 2nd quarter of the 19th-century.

Just below the high roof, machicolations on corbelling form a rampart walk. Without military utility, it serves only as a symbolic architectural element that places the château of Gilles Berthelot in the continuity of French fortresses, and therefore a certain representation of power.

With its high silhouette and ornamental decorations, the large dormer is typical of the French Renaissance. Its structure is inherited from Gothic architecture, while the decorations that adorn it reflect antiquarian taste from Italy 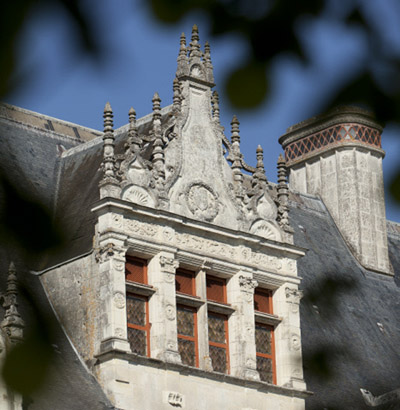 > Find out more about the Northern façade